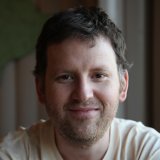 I’m a journalist and television producer, specialising in business and economics. Until June 2012 I was employed as the Business Producer at Channel 4 News.

I have covered most of the banking, economics, and media stories of the last five years.  I also have an interest in environment and energy stories. I wrote and produced the first report on fracking in Britain. Last year I was the first to reveal that advertisers were withdrawing their support from the News of the World.

For the past two years I have spent a lot of time covering the Euro crisis, which has taken me to Greece, France, Ireland, Germany, Italy and Luxembourg.

In 2010 a reel of my work won the ‘Best Broadcast Programme’ award at the Santander Media Awards.

Before joining Channel 4 News, my writing appeared in the Economist, the Financial Times, the Independent, and a number of other publications.

Please get in touch – by email, Twitter or LinkedIn.